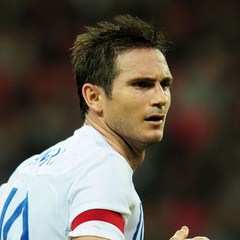 A massive defensive effort saw England cling on to a shock 1-0 win over world champions Spain in a friendly match at Wembley.

The hosts finally played like a team from coach Fabio Capello’s native Italy, defending in numbers and with great determination as they frustrated Spain and protected Frank Lampard’s 49th-minute goal.

Spain did have some chances late on – David Villa hit the post and Cesc Fabregas put wide from a good position – but despite all their possession they flattered to deceive, with Joleon Lescott a revelation in place of John Terry at the back.

Remarkably, England were missing several established players: skipper Terry was rested after his recent problems, the ailing Rio Ferdinand remains out of the picture for now while Wayne Rooney was ignored as Capello looked to test other options with the Manchester United striker suspended for the first three matches of Euro 2012. Jack Wilshere and Ashley Young, along with Rooney England’s best creative players in Euro 2012 qualifying, were both absent through injury.

Spain, by contrast, were only without winger Pedro, and started with eight of the same players who began the World Cup final in South Africa last summer.