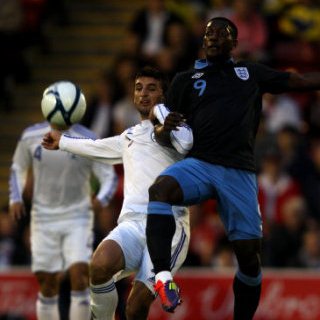 England U21 came from a goal down to claim a hard fought 4-1 victory over Israel in their friendly clash at Oakwell.

Second half goals from Martyn Waghorn, Marvin Sordell, a Nathan Delfouneso penalty and Henri Lansbury saw England power to victory after finding themselves behind at the break thanks to a Mohammad Klibat strike.

There were three debuts in the England side as Manchester United’s Ben Amos, Everton’s Ross Barkley and Liverpool’s Andre Wisdom all picked up their first caps whereas Dan Gosling, Jonjo Shelvey, Sordell and Waghorn were all making their first starts, showing that Stuart Pearce was prepared to experiment in the only friendly his team have this year.