Moyes was speaking after the teenager’s brace in victory at Sunderland. 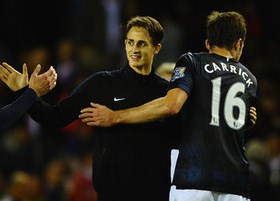 Asked if the FA had been in touch with the club over Januzaj, Moyes replied: “Yes, they have.”

Januzaj, who is of Kosovan descent, is eligible to play for several different countries already, Belgium, Albania and Turkey among them.

However, Moyes believes he could qualify for England in the near future because of residency rules.

He said with a smile: “And maybe Scotland as well. I think there is some way that he could qualify for England, yes.

“I think he’s got a choice of countries to play for. He’s got probably three or four different countries he could choose to play for.

“Obviously, he has been called up by Belgium several times and chosen not to at the moment, and he’s wanted by, I think, Albania, Croatia and a few others as well.