England have revealed their squad numbers for the World Cup in Qatar, with James Maddison to wear No 25. The Leicester playmaker’s inclusion on the list, and in official squad photos, suggests he will be fit to travel to Qatar.
Two other late call-ups, Newcastle’s Callum Wilson and Chelsea midfielder Conor Gallagher, will wear numbers 24 and 26 respectively.

The wait is over.

It's the official #ThreeLions squad announcement for the @FIFAWorldCup! ??????? pic.twitter.com/XKJFbaDM0t 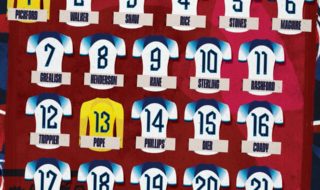