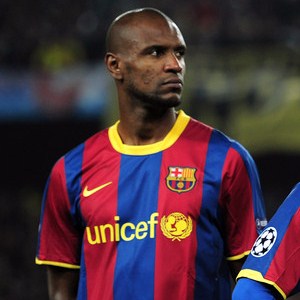 Good news for all Barcelona fans as defender Eric Abidal has undergone a successful procedure to remove a liver tumour as confirmed by the hospital in Barcelona.

It is expected that the French international could be discharged from hospital in a week’s time.

There has been a swell of support for Abidal from the football community, with even the players of Barcelona’s fiercest rivals Real Madrid wearing T-shirts wishing him well during their game with Lyon in the Champions League.

The 31 year old has been in superb form this season for the Spanish league leaders, who have not released details about the kind of tumour he has.

It is unclear how long the defender will be out of action but any prolonged absence would be a blow to Barca, who are five points ahead of Real Madrid with 10 games left.