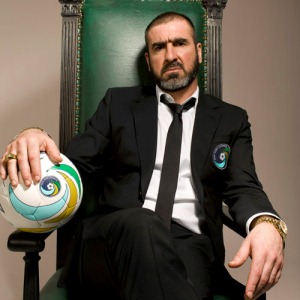 The former North American Soccer League powerhouse is striving to gain the 20th MLS license by entering Major League Soccer in 2013 with Cantona recently being appointed the director of soccer operations.

The enigmatic Frenchman, who was one of the most gifted players the world has ever seen, is keen to really become a part of something special with the Cosmos.

Cantona told the New York Times : “It’s about creating something,”.

“The Cosmos can create something, too, that’s never been seen. Every 20, 30 years there is a new movement.

“You have to look to history and take inspiration from things and use them to create your own future.

“I came here with this kind of idea.”

Cantona won four English first division (Premier League) titles with Manchester United and he feels something very special with the re-creation of the Cosmos.

“I knew the story of this club, and it is very important for me,” he added.

“It was something special in football that was a mixture of everything. I think the Cosmos made people realize that football could be an art form.”