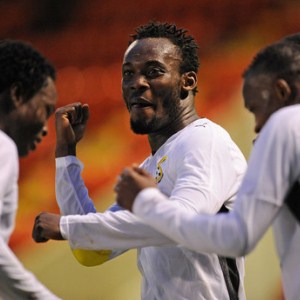 Chelsea’s midfield general, Michael Essien has revealed that he will taking a break from playing international football with the Ghana national team.

The 27-year old midfielder missed the World Cup because of injury and is now just returning to full fitness with his club.

The former Lyon star believes that it is right to focus on his job at hand with the Blues despite the fact the Black Stars are keen to call him up.

“I think I will be taking a break. Not retiring, just not playing for time. I have to take the right decision for myself,” Essien said.

“I don’t know whether they will be disappointed because they have done fine without me.”