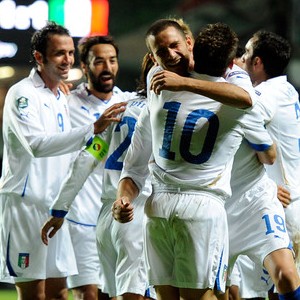 Italy, lacking confidence and with mostly new faces, just managed to halt their seven-game win drought with a laboured 2-1 victory over Estonia.

The hosts opened the scoring in the 31st minute when forward Sergei Zenjov struck after Italian keeper Salvatore Sirigu lost his grip on the wet ball.

While 2006 world champions Italy showed flashes of good play, they still patently lacked confidence and did not find an equaliser until the second half when forward Antonio Cassano scored in the 59th minute.