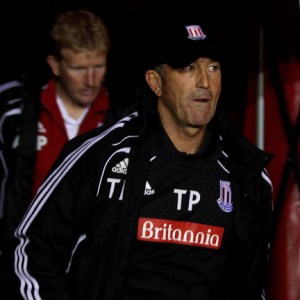 Interesting news are out and it has been reported that Stoke City midfielder Matthew Etherington has revealed that the presence of manager Tony Pulis helped the players get over the line against Aston Villa on Monday night.

The Stoke City manager arrived late at the Britannia Stadium after being with his family following the death of his mother but was able to guide the Potters to a 2-1 win and Etherington said it was great for the players to see their boss showing strength during tough times.

“Obviously he wasn’t happy at half-time, he was very disappointed about what was happening,” he told Sky Sports.

“He had thought it would be too much to be with us but after the first half and the way we played he came in.

“They were on top and he wasn’t happy, so he came in and I think we were better in the second half.”