England will face fellow Brits Wales in Group G of the Euro 2012 qualifiers after the draw was completed in Warsaw, Poland.

Fabio Capello’s side, who were in the pot of nine top seeds, will also play Switzerland, Bulgaria and Montenegro in a group of five teams that on balance will please England fans.

Scotland and Northern Ireland were not so fortunate.

Nigel Worthington’s Northern Irish team have arguably the toughest draw, with world champions Italy and Serbia heading a Group C that also contains Slovenia, headed to the World Cup after beating Russia in a play-off.

The Republic of Ireland, who felt hard-done by when Thierry Henry’s handled goal put France through their World Cup play-off, have a difficult group including 2008 finalists Russia, World Cup qualifiers Slovakia and Goran Pandev’s Macedonia. 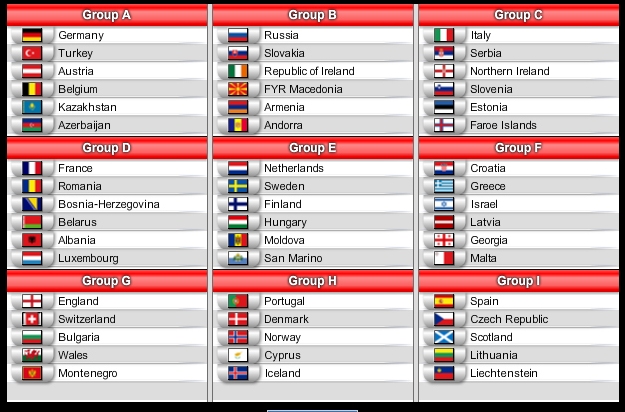 Mancini Would Love The Chance To Work With Mario Balotelli Again