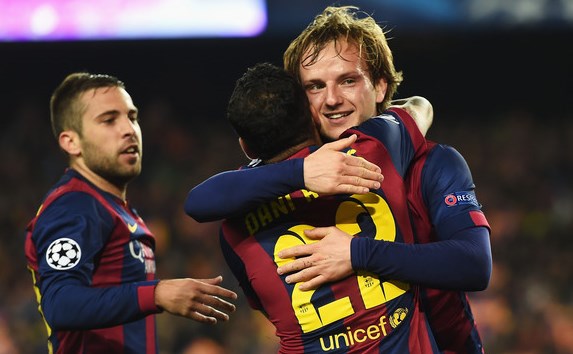 Reports are out claiming that Barcelona matchwinner Ivan Rakitic was delighted with victory over Champions League opponents Manchester City.

The 27 year old Croatia international star struck the only goal of the second-leg as Barca reached the quarterfinals 3-1 on aggregate.

“I think we maybe deserved more than one goal. These fans at home have been able to enjoy a great game, a great Barcelona and now what we want is to continue like this and not stop,” he said.

“They also have good players, very dangerous, but I think we deserved the win.”

On teammate Lionel Messi, Rakitic added: “He’s amazing, incredible, words do not qualify. We no longer know what to say, I think even the Manchester City players have enjoyed watching Messi play.”