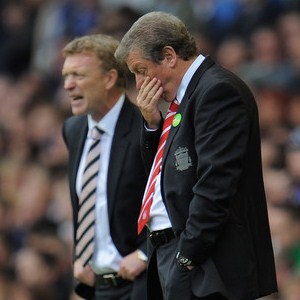 Goals in either half from Tim Cahill and Mikel Arteta secured a deserved victory for Everton, who go 11th in the Premier League table and leave their city rivals languishing in the relegation zone with one win in eight games.

It was a case of ‘brave new world, same old story’ for Liverpool, who were outplayed throughout by city rivals who have not enjoyed the best start to the season themselves.

New owner John W Henry was at Goodison and will have been left under no illusions about the size of the task confronting his NESV group.

Javier Hernandez : It Is Important For Manchester United To Beat Liverpool!