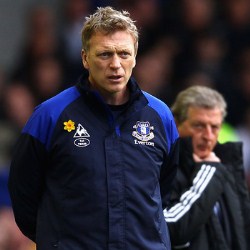 Everton secured a comfortable 2-0 victory over West Bromwich Albion in the Premier League at Goodison Park.

The Toffees, who climbed above neighbours Liverpool into seventh, took the lead when Leon Osman’s shot took a huge deflection off Gareth McAuley. Osman’s effort looked to be heading off target before McAuley’s attempted intervention.

Victor Anichebe came off the bench to complete a deserved victory after 68 minutes and help secure Everton’s third win in a row in all competitions.

Steven Pienaar returned to the Everton starting line-up, having been cup-tied for the 2-0 FA Cup win over Sunderland. Tony Hibbert and Phil Jagielka also returned to the side as David Moyes made three changes.