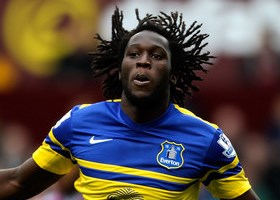 Everton boss Roberto Martinez has declared that Romelu Lukaku will be fine despite the fact he suffered a knock to the leg during Sunday’s 0-0 draw with Tottenham.

The on loan Chelsea striker collided with Spurs keeper Hugo Lloris in the second half, eventually succumbing later in the game, but Martinez is fully confident he will be fine in a few days’ time.

Martinez told Sky Sports : “He picked up a knock but we hope it will not be a big problem and that he will be fine in the next 48 hours,”.