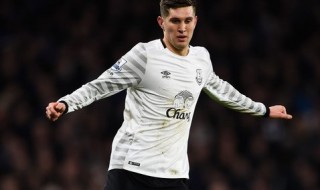 It has been revealed that Everton have slapped a £60 MILLION price-tag on John Stones.

The Sun claims that Stones is a top target for Barcelona this summer, according to reports in Spain.

With Javier Mascherano linked with a sensational exit to Juventus, the La Liga champions are looking for potential long-term replacements in defence.

However, with the Toffees hoping to get £60m for the defender – both Manchester City and Manchester United are linked – Barcelona are wary.

El Mundo Deportivo says Las Palmas defender Mauricio Lemos is also a Barca target – although a bid has already been rejected for the Uruguayan.