Reports are out claiming that Manchester United are closing on a deal for Everton star Marouane Fellaini. 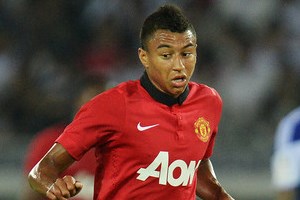 The People reported that the reigning Premier League champions are edging towards a £36million deal for Fellaini after Everton asked for Jesse Lingard on loan for the season.

It is said that Toffees boss Roberto Martinez wants to take the 20 year old midfielder as part of the deal and Old Trafford boss David Moyes will make a decision after Sunday’s clash with Liverpool on whether to release the highly-rated England under-21 star.

Belgian international Fellaini is reportedly ready to quit Everton after agreeing to an emotional farewell against Cardiff on Saturday.

It is said that the 25 year old agreed to turn out only after crisis talks with Martinez who pleaded with him to give one last performance.