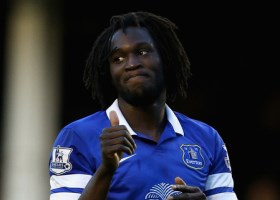 It is said that Martinez believes Everton will need to offer Champions League football if they are to stand any chance of signing the Belgium international permanently.

“We want to keep Rom as long as we can but the reality is he’s on loan for the season,” said Martinez.

“Rom is enjoying his football and I don’t think it would be beneficial to anyone to go into a conversation that’s not going to change the agreement we have until May.

“Rom is highly regarded at Chelsea, we are talking to them all the time and we need to wait until the end of the season to see how the experience went.

“He’s focused on one thing, which is developing this season, being as good as he can be and trying to take Everton into the Champions League.