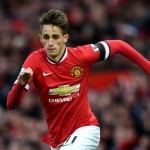 The Daily Star Sunday reported that Martinez is eager to rebuild his squad this summer and Januzaj one of the players he would love to bring to Goodison.

The Belgian has been used sparingly at United this season.

A move away next season on-loan could be on the agenda for the young winger.