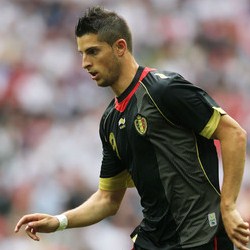 Interesting transfer news are out and it has been revealed that Everton boss David Moyes is willing to spend big to sign Olympiakos striker Kevin Mirallas.

The Sun claim that Moyes is ready to splash £5.3million on Mirallas.

And he has wasted no time in lining up a hitman to support Nikica Jelavic, in the shape of 24-year-old Olympiakos hotshot Mirallas.

The player, on international duty ahead of Belgium’s home clash with Holland tonight, is due to arrive on Merseyside for a medical tomorrow and could sign by the weekend.

Manchester United On The Brink Of Signing Robin van Persie