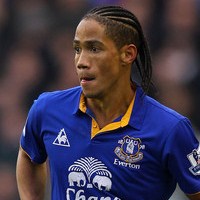 Reports are out claiming that Steven Pienaar has completed his return to Everton after a transfer fee was agreed with Tottenham.

It is reported that the 30-year old South African midfielder has signed a four-year deal with the Toffees for £4.5million just 18 months after initially leaving the Merseyside club.

Pienaar left Goodison Park for White Hart Lane in January 2011 for £3million but found himself back with Everton on loan a year later and now he has returned permanently.

“I am happy to be here. It took a few weeks to sort out but I am delighted to be back and excited to play for Everton,” he told the club’s official website.

“There was no doubt in my mind that I would be back here. At the end of the season, I told the manager how I felt and I am happy now it is all done.”


David Villa Given The Green Light To Make Barcelona Return