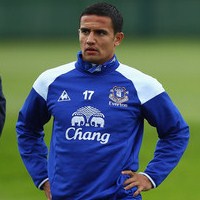 Cahill clocked up an unhappy anniversary on Tuesday and it marked exactly 12 months since he netted his last goal for the Blues against Manchester City.

The prolific Aussie, who has netted 65 goals from midfield in 236 starts for Everton, has started the last two games on the bench and insists he can still contribute to the team.

“What do you do?” he said. “Do you stop playing football, do you stop going on the pitch? If I’m not the one scoring then hopefully someone else is to make sure we win.

“It’s the best game in the world and something that I love and the fans know that I give everything.

“I’m blessed playing in one of the biggest stages in the world and if I wasn’t consistent and not playing well, it would be even harder, but I feel fantastic.

“As long as I’m contributing, I don’t always have to be the one that scores. If I’m setting people up and making that one extra run or tackle, it might make a difference.” Chelsea To Include Moses, Cuadrado In Bid For Everton’s John Stones