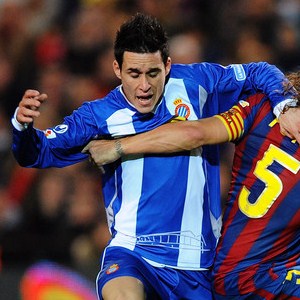 Reports have surfaced that Espanyol attacker Jose Callejon is a target for Premier League club Everton.

According to The Daily Mail, 23 year old Callejon is in the sights of Everton boss David Moyes for the January market.

Former Real Madrid Castilla star Callejon can play as a winger and in a striker’s role. He has so far made 60 appearance and scored only 4 goals for Espanyol.