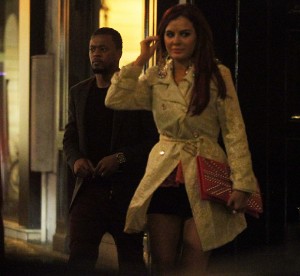 Patrice Evra and Anderson were caught getting into a car with Playboy twins Carla and Melissa Howe.

Married and father-of-one Patrice Evra , according to The Sun, invited twin British Playboy models Carla and Melissa Howe, 22, to a Paris night club along with Manchester United team-mate Anderson.

Evra and 24-year-old Brazilian Anderson (he’s single) were photographed getting into a car with the 22-year-old Playmates and heading to a private members’ club behind the Champs Elysees.

French boss Didier Deschamps is set to quiz him about why he was on the town on Sunday night ahead of training on Monday for tomorrow’s friendly against Germany. 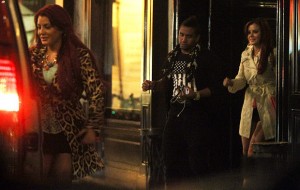