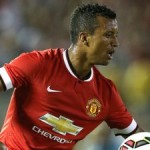 The Portuguese international has been linked with Juve for much of the summer.

Evra, who left United for Juve last month, said: “He is a great player and it was a privilege for me to play with Nani.

“If Juve are interested in him, I can only say that Nani would be a great purchase.”