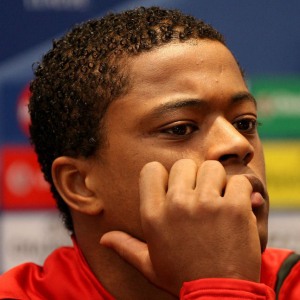 The French international fullback claims United look forward to playing Arsenal because they are weak and give United room to play.

He said: “We really enjoy ourselves when we play Arsenal. They are a side that plays good football and won’t turn up with 11 in defence.

“But the difference between us and them is we play good football, but have strength as well.

“Arsenal sometimes fail to kill off their games – but by contrast we are more efficient.

“It made me laugh when people said ‘Arsenal, the Barcelona of the French.’ Barcelona play well, but they win! What interests me is a team that wins.”