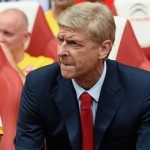 Reports are out claiming that former Arsenal boss George Graham says their swoop for Alexis Sanchez isn’t enough to turn them into title contenders.

Graham feels the squad is still a goalscorer short.

“They have brought in real class in Sanchez, but they are going to need another finisher,” Graham told talkSPORT.

“They need someone else to finish the wonderful chances they make.”

“Arsenal will be challenging if they get another two or three players.”