It has been reported that Paul Merson has thrown his hands up and admitted to getting it wrong regarding his public condemnation of Andros Townsend. 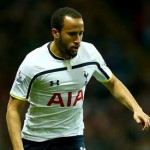 Of the Tottenham winger’s England call-up over the weekend, the former Arsenal midfielder wrote in his column for Sky Sports that ‘If Andros Townsend can get in then it opens up for anybody’.

However, Merson’s words came back to bite him after Townsend struck a stunning effort from range to allow the Three Lions to draw 1-1 with Italy in Turin on Tuesday night prompting a Tweet aimed at the pundit from the 23-year old.

Merson has been quick to admit he was wrong in his assessment of Townsend but indicated he should not be lynched simply because of his personal view.

“It’s just a matter of opinion, and my opinion was that he got pulled off after half an hour at Manchester United in front of Roy Hodgson, so he shouldn’t have been in the squad,” he said on Sky Sports.

“But fair play to him, I only give my opinion, and sometimes I’m wrong, other times I’m right.

“When I’m wrong, I hold my hands up. I don’t have a problem with doing that – I’ll always be the first to admit when I’m wrong.

“It’s not as though I was watching hoping he wouldn’t score for England, I’m genuinely pleased for him and fair play to him – it was a great goal.

“But I don’t feel as though I need to defend myself – it’s my job to give my opinion – and I’m just glad people actually take notice of what I’m saying!” Tottenham, Liverpool To Do Battle For PSV Winger Memphis Depay