Reports are out claiming that former Arsenal defender Nigel Winterburn has implored Arsene Wenger to sign some extra defenders in the winter. 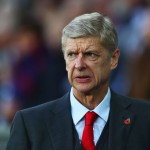 The Gunners are short on depth at the back as evidenced by their two subpar performances in their past two outings which resulted in a 3-3 Champions League draw with Anderlecht and a 2-1 Premier League loss to Swansea City.

On both occasions, Arsenal had led their opponents before conceding late goals and Winterburn believes that is a problem which needs to be addressed by Wenger in January.

Winterburn told Sky Sports News HQ : “Too often when we see Arsenal struggle, particularly when the opposition break quickly on them from midfield and they can’t close them down and win the ball back, we see both full-backs chasing backwards,”.

“I would love to see us defend how we did it under George Graham, where one of the full-backs sits back in there, so you’ve got two centre-halves and a full-back facing the play as you’re being quickly counter-attacked. I think if Arsenal looked at the way we defended under Graham it would help them immensely.

“We’re talking very small numbers and minute details with Arsenal. But the minute details end up being a massive loss in points and I think that’s slightly where Arsenal are losing out at this moment.

“They’ve been caught out because (Mathieu) Debuchy has been out injured for a long time and, at the moment, (Laurent) Koscielny is out, so it’s left them short. Wenger may have taken the gamble on Calum Chambers, who can play in both positions, but what they didn’t plan for was that two of them are out for a prolonged period of time. They do need a centre-half, that’s for sure.”