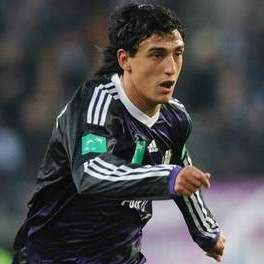 The Argentine has confirmed the interest of Arsenal, himself, as he dominates the Belgian scoring charts.

“At Anderlecht he’s been allowed the time to adjust and develop,” Vandenbergh told Voetbal Primeur.

“But if he goes to a European club, he won’t be afforded the same patience.

“To go to Arsenal now would be premature. Suarez has still lot to prove.”