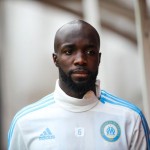 Reports are out claiming that former Chelsea and Arsenal midfielder Lassana Diarra has confirmed a cousin was murdered in the Paris terror attacks.

The 30 year old was part of France’s team for their friendly with Germany – playing 80 minutes in the 2-0 victory.

He took to Twitter on Saturday afternoon to confirm his cousin Asta Diakitie had been killed in the tragic events.

Diarra posted: “Good evening to everyone. After the dramatic events in Paris and St Denis yesterday it’s with a heavy heart that i address you today.

“As you perhaps already read I have been personally effected by these attacks my cousin Asta Diakitie was among the victims of one of the shootings that took place, just like hundreds of other innocent French people.

“For me she was a great support, a big sister

“In the climate of terror it’s important for all of us, who are representatives of our country and its diversity, to speak up and stay united in the face of a horror which has neither colour nor religion.

“Together we must protect, love, respect and peace. Thank you to everyone for your updates and messages. Take care of you and yours, and may the victims rest in peace.”

Arsenal Held By AC Milan In The Emirates Cup