It has been reported that former Manchester United midfielder Ray Wilkins has questioned their interest in Real Madrid defender Sergio Ramos. 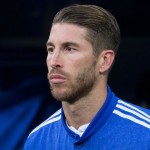 Ramos, 29, is said to want out of Real Madrid after the club refused to meet his contract demands and Old Trafford chiefs have reportedly acted on the Spanish giants’ interest in David De Gea by proposing a swap deal.

But Wilkins told talkSPORT: “Manchester United will want something back from Real Madrid if they let David De Gea leave.

“Sergio Ramos has been around the block and he knows the score, especially in Champions League.

“He’s a red card walking though. He gets het-up when things don’t quite go his way. Madrid have played him at full-back and as a holding midfield player, he’s very versatile.

“It would be an interesting signing because the first year is always difficult when you come to the Premier League.”