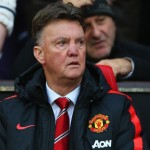 Parker, who spent five years at Old Trafford, thinks the Red Devils still lack a dominant figure in their defence and has urged Van Gaal to find someone to fill that void quickly.

He told talkSPORT: “At the start of the season I always believed United would get in the the top four, I just hope now they don’t let me down and suddenly take things for granted.

“I hope United can get in the market in January and go and get and get someone of stature, who is solid and who can add that little bit of strength in the backline and hold things together.

“At this moment in time there are too many defenders getting injured at Manchester United. Chris Smalling is constantly getting injured, as is Phil Jones, and when he gets injured it is not one or two games, it is long term injuries all the time.” Anders Lindegaard Set To Start For Man Utd Against Arsenal Wayne Rooney Set To Return To Action Inside Two Weeks