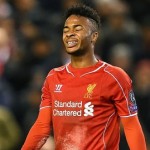 It has been reported that former Manchester United and Everton midfielder Phil Neville has slammed the agents of Liverpool contract rebel Raheem Sterling.

He told BBC Five Live: “If I was Brendan Rodgers, I would be sitting Raheem Sterling down today. It’s a great lesson for younger players: I keep reading about how Raheem Sterling wants a new contract, maybe Real Madrid want to buy him.

“If you want a new contract, and you want to go to Real Madrid, the best way to get that move or that contract is to go out and score a hat-trick at Old Trafford like he should have done on Sunday.

“I keep saying I think Raheem Sterling is a brilliant talent, a wonderful player, but I think he needs to sit down with his agent and say ‘you do your job on the contract, I’ll do my job on the field’ because in football, it’s on the field where you’ve got to start doing your job.

“At such a young age, he’s got to be distracted [by the contract talks]. He’s come off a wonderful season last year, he played brilliantly at the World Cup and then he’s come back and all of a sudden there’s extra pressure on because he’s not being talked about for his footballing ability, he’s being talked about because of his contract situation and how much money he wants, how he’s turned down offers, how Real Madrid want him. These are things not being put out by Liverpool, not being put out by Sterling, but by his agent.

“If I was him, I would have a quiet word with my agent and say ‘Until I do my bit on the field, I’d shut up’.”