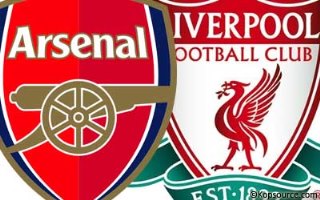 These two traditional big guns have met in the FA Cup in 12 previous seasons, with the Gunners coming out on top seven times (including winning two finals), with the Reds winning one final and progressing on four additional occasions.

Arsenal have lost just one of their last eight FA Cup matches against Liverpool, winning four, drawing three with that defeat coming in the 2001 final.

The Gunners are yet to concede a goal in the competition this season and have kept three clean sheets in their last five FA Cup games.

Arsenal have only lost one of their last 36 FA Cup home games, against Blackburn last season, with their previous FA Cup defeat on home soil coming against Leeds in 1997.

Liverpool have won just two of their last six away FA Cup games, losing three and drawing one.

Santi Cazorla has netted in both of Arsenal’s games in the competition this season.

Of Liverpool’s last eight appearances in the Fifth Round of the competition, the Reds have made it through six times, although they have failed in two of their last four attempts.

Arsenal have kept 11 clean sheets in their last 12 competitive matches at the Emirates Stadium.

Liverpool have not lost any of their last nine competitive matches; winning seven and drawing two. Kristoffer Olsson Open To Loan Move Away From Arsenal