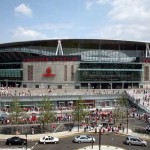 Laudrup is likely to again make changes to his side in the midst of a hectic January schedule, but will have to do without new signing Roland Lamah, who has joined on an 18-month loan from Osasuna. The 25-year-old winger cannot play as he was not registered at the time of the original tie.

MANAGER QUOTES
Arsene Wenger (Arsenal): [On the transfer window] “My plan is to keep all of the players we have and then to add maybe, if possible, two new players to the squad. We will spend big (again) because we had restricted finances because we had built the stadium and had to pay that back.”
Michael Laudrup (Swansea): “I like London, we have only lost to Tottenham there. We have done really well there and it’s also more than two months where we have only lost two games, and apart from those two the last defeat was to Manchester City, the Premier League champions, away. This gives us a lot of confidence which is important because when you make changes and people come in, they fit in and feel that confidence.” Kieran Gibbs Backing Arsenal To Challenge On All Three Fronts