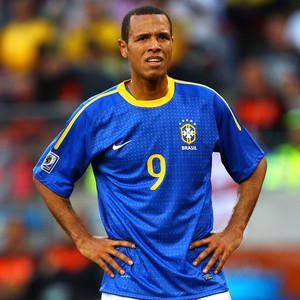 Luis Fabiano has declared that he is ready to sign a new contract with Sevilla.

The Brazil international striker’s current deal runs to the end of the coming season.

He said: “There’s no hurry, with the club I have a good relationship. I am sure we will find agreement.”

“Why? Because I was made promises that weren’t kept. I don’t want to say what they were. But I have dropped Milan.”