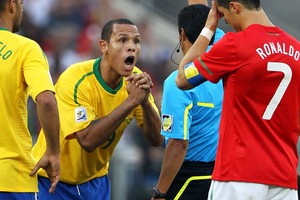 However the striker may be on the receiving end of a cool reception from the Tottenham boss after he said only recently that Spurs were smaller than his current Seville side.

It is believed that Fabiano has changed his tune after failing to attract European giants Manchester United or AC Milan.

He said: “I must admit it’s only in the last few weeks I have understood just how big Spurs’ ambition is.”