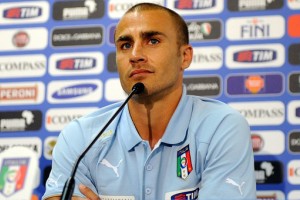 Juventus defender Fabio Cannavaro is being heavily linked with a move to MLS.

The Italy captain is reportedly set for an exit this summer and reports suggest he is being targeted by the LA Galaxy, Philadelphia Union and New York Red Bull as well as Italian club Napoli.

Cannavaro, winner of the 2006 World Cup, is currently preparing for the 2010 version which kicks off in South Africa in about three weeks time.