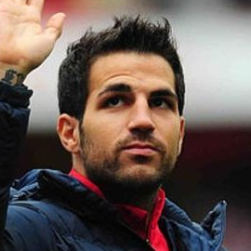 It has been revealed that Cesc Fabregas is involved in Arsenal’s move for Real Madrid striker Jose Rodriguez.

The London Evening Standard has reported that the Spanish international is understood to have advised Real Madrid’s teenage star Rodriguez to join the Gunners.

It is believed manager Arsene Wenger has already spoken to the 16-year-old’s parents regarding a move after showing him around the club and their London Colney training complex.

Madrid are believed to have made a counter-offer of a professional contract when he turns 17 in December but Wenger is confident he can persuade the midfielder, who was named Player of the Tournament at the recent Under-17 World Club Championship in Spain, to move to the Emirates. Real Madrid To Include Kaka In Neymar Deal