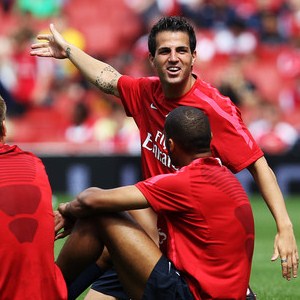 Interesting news are out and it has been reported that Arsenal captain Cesc Fabregas has warned his team-mates their flying start to the season will mean nothing if they drop away as they have done in previous seasons.

Arsenal will next face a trip to Sunderland and Fabregas said : “I am not going to read too much into our beating both Blackburn and Bolton – in previous years we might have done the same thing before collapsing against the big sides, so it’s best that we just keep going, keep improving and keep making things difficult for whoever we face,” Fabregas said.

“On Saturday, that will be Sunderland, which is always a very difficult place to go. Last season we didn’t do well at the Stadium of Light, but it was straight after an international break and we were perhaps a bit tired, so we hope for better this time. We are happy with 10 points from four Premier League games. We would have preferred 12, but we are up there, we are second, and now we need to guard against losing more points because we will need everything we can get at the end of the season.” Arsenal’s Olivier Giroud Back In Goalscoring Form For France