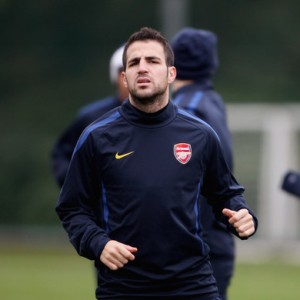 Arsenal captain Cesc Fabregas has urged his teamates to beat Manchester United so that the other teams can see them as Champions.

Skipper Fabregas told The Sun: “It’s a huge game on Monday and we could go four points ahead at the top.

“We’re definitely looking to go to Old Trafford and win. That would be a massive statement of intent for us. We are really going for it.”

The Spain star, 23, is convinced three points will help catapult the Londoners towards a first league title in six years.

And he is desperate to lead the team out after three weeks sidelined with a hamstring injury.