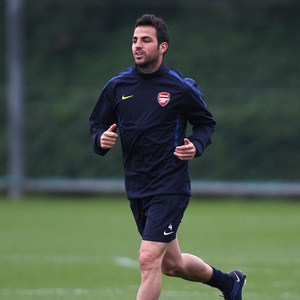 Arsenal captain Cesc Fabregas has taunted Manchester City by declaring that : We’d have beaten you even if you’d had 15 men.

In a highly charged clash at the Emirates, Roberto Mancini’s title chasers were a man down after just five minutes following defender Dedryck Boyata’s red card.

10-men Manchester City had to soldier on and although they put up a spirited fight, the Gunners eventually took control and crushed the billionaire club 3-0.

Fabregas even had his penalty saved and after the match he said : “Even if they were 15 and we were 11 we would still have gone on and won.

“Whoever is in this team, we always want to go forward. The way we played it was very difficult to stop us.

“We played some outstanding football at times. It’s very difficult to stop when you play at that tempo at that level.”

Fabregas, now age 23, helped the Gunners move to within five points of leaders Chelsea and believes this result will serve as a warning to Carlo Ancelotti’s men.