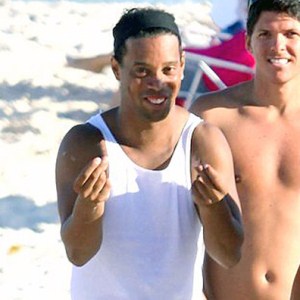 Former AS Roma star Falcao believes that AC Milan midfielder Ronaldinho has lost his motivation at the Serie A club.

On Ronie and AC Milan teammate Alexandre Pato, who both hail from Falcao’s hometown, he said: “I saw them grow up in Porto Alegre. Even a blind man could see their talent.

“Ronaldinho is no longer the player he was two years ago. In Barcelona he won everything, then he must have lost his motivation. If he wants to return to making a difference, he should make football the centre of his life.”

On Pato, he added: “He’s a superstar. He is a striker who is invincible when he has a head of steam.”

For Roma signing Adriano, Falcao says: “The gamble by Roma on Adriano is something I support.”

Arsenal Set To Make An Improved Bid For Mark Schwarzer