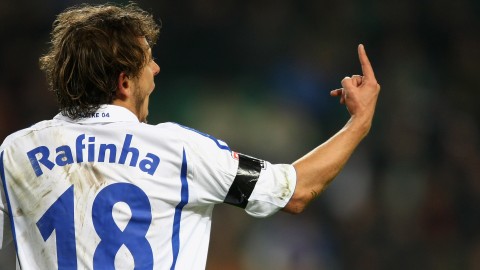 Local newspapers have reported that Barcelona have offered £3 million for the Brazilian right back, who Schalke rate nearer to £8 million. It is believed that Barcelona sees Rafinha as potential cover for another Brazilian defender Dani Alves.

It is also said that Rafinha’ agent Marcos Malaquías, is also the agent of Barcelona defender Henrique.

Rafinha has so far played 124 matches for Schalke 04 and scored 6 goals along the way.