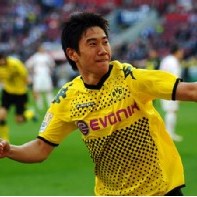 Borussia Dortmund survived an early scare to restore their five-point advantage at the top of the Bundesliga with a 6-1 win at Cologne.

Milivoje Novakovic put the hosts in front in the 13th minute, but Lukasz Piszczek replied to level things up for the visitors.

Shinji Kagawa put Dortmund in front just after the break and further goals from Robert Lewandowski and Ilkay Gundogan put the visitors in control.

Kagawa scored again before Ivan Perisic netted the sixth late on as the Westphalians extended their unbeaten run to 21 games, taking them five points clear of Bayern Munich at the top of the table.

Cologne dropped a place as a result of the defeat which sent them below Freiburg on goal difference.