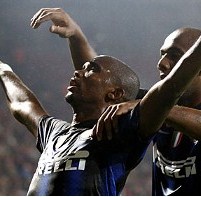 Rafael Benitez had an unconvincing beginning to his Inter Milan Champions league career as his side were held in Holland.

Diego Milito then headed the ball into his own net from a corner to give the hosts a 2-1 lead, before Samuel Eto’o completed the scoring with an expertly-taken equalising goal four minutes from half-time.

Inter boss Rafael Benitez named his strongest side to kick off their Champions League title defence in Enschede, with just a single change from the starting 11 that beat Bayern Munich 2-0 in last season’s showcase final in May.