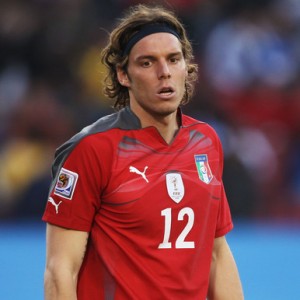 The 27-year old Italian international, who stepped in for the injured Gianluigi Buffon at the World Cup, is being targeted by the Gunners who are desperately seeking reinforcements in his position.

Cagliari president Massimo Cellino on his part revealed that the Gunners were after Marchetti and that a deal was very possible.

Cellino said : “Marchetti has expressed his desire to leave,”.

“The only real club pushing for his signature is Arsenal and we will do everything to make him happy.” Ozil Convinced Serge Gnabry Can Make It At Arsenal