Reports are out claiming that Fenerbahce are eyeing Liverpool striker Divock Origi. 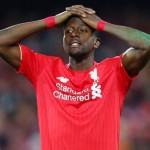 Origi has been made available for loan by Liverpool this week.

Turkish sources say Fener, who have Lazar Markovic on a season’s loan, wanted to take Origi on a loan basis this summer but the move was rejected by Liverpool.

It’s reported that they will be back in January hoping the Reds have changed their minds, with both Moussa Sow and Liverpool favourite Dirk Kuyt leaving the club this year.