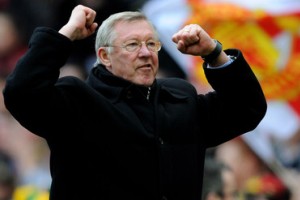 Manchester United boss Sir Alex Ferguson is convinced that next season’s Premier League will be even more competitive.

Ferguson is clearly expecting an even more ferocious battle for the championship next season, with Champions League new-boys Tottenham likely to strengthen and Manchester City coming back even stronger after missing out on a top-four berth this term.

“The Premier League will be more competitive next season,” said Ferguson.

“This is the best Tottenham team I have experienced in terms of substance and City will be strong again next season.

“It is a strong league.”