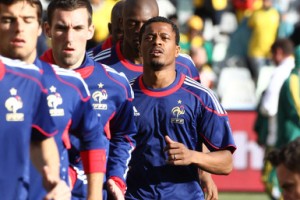 Fergie, speaking on Monaco’s Riviera Radio, said: “I haven’t spoken to Evra but I texted him the other day.

“If you listen from the media side it’s disappointing from the French players. We don’t know all the facts but the last thing you should do is down tools.

“They may have had valid reasons but sometimes you’ve got to think of the people who have travelled all over the world to South Africa to support your team.”